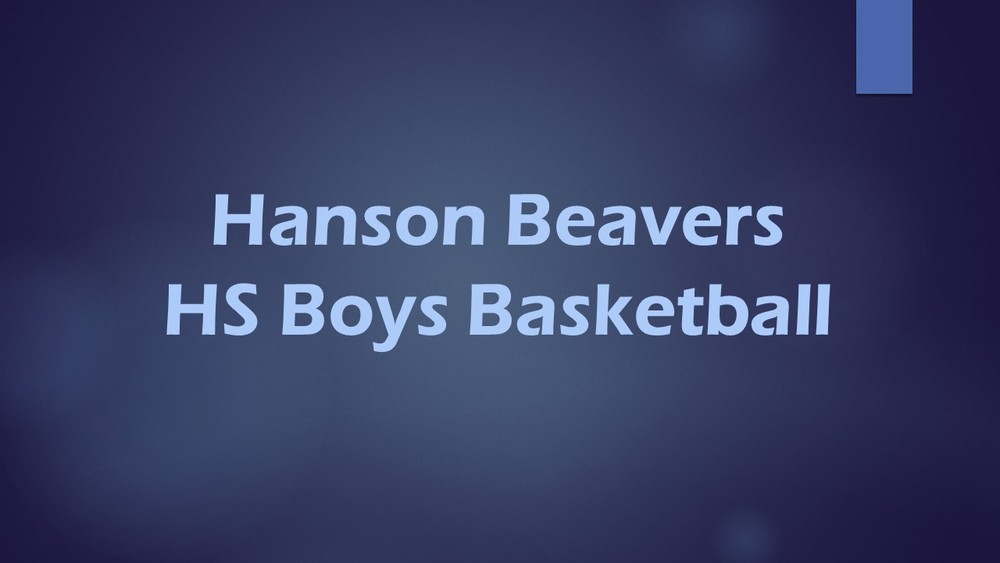 The Hanson boys basketball hosted the Ethan Rustlers in their season opener on Saturday, December 11.  The game was to be held on Friday, December 10, but was rescheduled due to poor weather conditions.

Haiar dished out five assists in the game while Price had four and Slaba had three.

Leading the team in rebounding was Cheeseman with nine boards followed by Waldera with four.

Cheeseman recorded three steals while Haiar and Jarding had two.